I went into town today, and I saw this…. 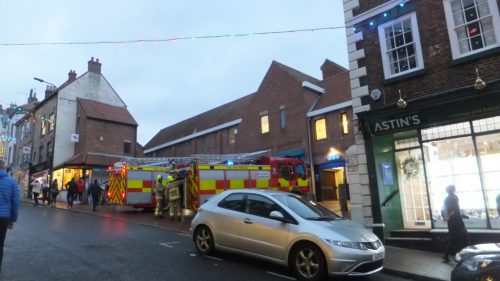 I went into town on Thursday afternoon, and I saw this… not sure what was going on nr Poundland / TSB / Astins, but it appeared to require 2x fire trucks on the scene

admin-jduck1979 Posted in Blogging, My Sites News Updates — No Comments ↓

Just done more repairs to the blog by deleting 45 pages of bollocks from the membership list, and reducing it to just 3 memberships (myself and the 2 surviving least bad looking registrations that are probably still iffy)

Want to blog, Can’t Think What to Write About

I’m still very much alive as far as I can tell, and still trying to continue my never ending quest to try make money online.

Unfortunately as you may probably tell if you regularly pop by my online presences I haven’t been whacking stuff up anywhere near the sort of frequency required lately, and things ain’t going quite as brilliantly as I would like.

I’ll try come up with something soon, hopefully. It seems to be getting less and less easy to make money online these days than it used to be as it is without this to slow things down further.

But I have been taking another look at doing Ebay more seriously again.

It’s the middle of November, and I’ve finally got the last of my video footage (I think it’s the last) from the Whitby Regatta back in August uploaded to my YouTube Channel.

So, last month I had a slight mishap involving a can of Heinz Baked Beans and my left hand…..

So, last Wednesday I had a slight mishap with a can of Heinz Baked Beans trying to get the last one out the bottom of the tin, and trying to reach in with my fingers instead of using a spoon…. here's what the little finger on me left hand looks like a night shy of a week later…..

To Revive or Not To Revive

admin-jduck1979 Posted in My Sites News Updates — No Comments ↓

You may have noticed it’s been a wee while since I posted on this thing, having elected instead to tinker with using a blogspot thing instead for personal use + concentrate on a few other online projects the last several years on my other personal domain.

With the old 2005 and 2009 front-ends of the site getting a bit long in the tooth, I’ve got wondering if I should put this wordpress site as the front-end instead to manage the rest of the John-Duck.co.uk website.

UK Election 2010 – Reminders why not to vote LibDem

admin-jduck1979 Posted in Politics — No Comments ↓

Don’t suppose anyone will read this, but maybe help bump things up the search engines or whatever, and make it easier for me to find the damn things again when I need to refer back to them…….. a list of links to my favourite articles / websites busting the Libdems:

NastyLibDems
A website that exposes the dirty tricks of the Liberal Democrats, showing how they aren’t as “Squeaky Clean” & “Holier Than thou” as they try to lead everyone into believing.

I Did not agree with Nick (John Redwood’s Diary)
The latest addition to the list, an article on John Redwood’s excellent political blog, debunking Nick Clegg’s spin & lies during the first televised leaders debates.

A couple of articles showing how daft some of their current MP’s are:
http://conservativehome.blogs.com/leftwatch/2010/01/the-most-vulnerable-liberal-democrat-mp-admits-she-doesnt-have-a-mind-of-her-own.html
http://www.dailymail.co.uk/news/article-1094162/Dizzy-woman-MP-called-brigade-boiler-making-noises.html

Article about some Anti-LibDem posters.
Some of the comments also expose some of the LibDem’s Policies, which include:
– Scrapping the Pound, and having more of Britain’s laws made in Europe.

– Scrapping Britain’s Nuclear deterrent, at a time when countries like Iran & North Korea are developping their own Nuclear weapons.

– Take 58,000 crooks out of prison, and stick them in your local area to do community service.

Rebuttal of Labour & LibDem spin in the first big TV debate of the Election.

Nick Clegg’s expenses Hypocrisy
Showing how the LibDems aren’t as squeaky clean on expenses as they’ve tried to position themselves.

Cleggie for PM? What is this madness?The Liberal Democrats are a bunch of euro-loving road-hump fetishists who would be a disaster in power, argues Boris Johnson.

Refresher on the Global Warming Scam

Just posting an update on the battle against the big scam known as Global Warming while previous posts are starting to get buried and forgotten…… a reminder of previous posted links on the subject + a few new ones that’ve cropped up since last time:

Remember… it’s all a huge scam cooked up by Scientists desperate to cling onto to their research funding + Al Gore to give himself something to do and earn a bit on the side.

The most serious pluggers of “Global Warming” only seem to look at the last 150years of weather
http://en.wikipedia.org/wiki/Weather_forecasting

Those who know better (that it’s a nonsensical scam), look back alot further in time from when the Earth was first created (using Geological evidence) through to the present via the ice ages.

How to piss £3trillion up the wall

Saw this interesting blog post on the TAX PAYERS ALLIANCE website, detailing just how much money Gormless Gordon has wasted since Labour came to power.

Some people should be Euthanised at Birth!

The “jduck1979” bit being a username i’ve used around the internet for a number of years at various places… I even have the domain name http://www.jduck1979.co.uk

On the morning of Sunday 26th July 2009 I was checking my Twitter account, looking at my followers, and saw this one: https://twitter.com/realjduck1979
Which appeared to be an attempt to impersonate / mock / harrass me.
I subsequently Blocked & reported this profile to Twitter customer service, but a fat lot of good that did because the offending profile’s still up & running. (I always seem to find website & ISP abuse departments about as much use as a Chocolate fireguard when i need them to get their finger out most).

Later in the day at around 8:14pm BST, i was just about to start dinner, and the thought occurred to me to check my Wikipedia profile @ http://en.wikipedia.org/wiki/User:Jduck1979

Which was just as well because I found somebody from IP Address 74.196.172.31 had made some additions to it…
1) a line of text featuring a chant people used to taunt me with since primary school in the 1980’s
2) a couple of links

I’ve just been back to check my Wikipedia profile page at around 5:45am BST before i finally crawl off to bed, and found a load of text / links had been deleted from my wikipedia profile, and some more harrassing stuff put in it’s place.
It was done by this Wikipedia profile owner:
http://en.wikipedia.org/wiki/User:Realjduck1979

At time of posting this blog entry Their offending fake profiles they’re using to try harrass me still ain’t been deleted… but I bet the nob will have something about this blog entry before long, you just watch….. (too chicken to reveal yourself?).

I’ve got a fair few ideas who it could be…

Some idiot called “Mark Shipman” has already been giving me random bursts of harrassment in the past several months on Facebook (just popped up out of nowhere when I commented on my friend’s profile over there).

I’ve also noticed “Shane Sykes” & “Michael Tilley” have arrived on Facebook lately too… they were among the key group of troublemakers who’d pull shit like this in yr10/11 at Whitby Community College from 1993 – 1995. Little wankers.

If anyone knows who this twat is, kindly pass on any relevant information in the hope I can get the braindead morons charged with Harrassment.